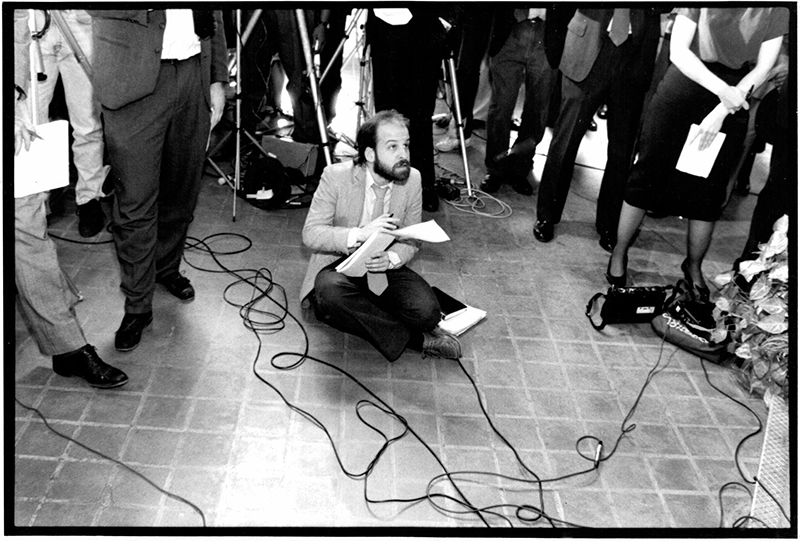 At a press conference for Senate candidate Harvey Gantt, 1990. Photo by Sadie Bridger.

Barry Yeoman specializes in in-depth reporting that puts a human face on complex issues. During nearly four decades in journalism, he has brought readers and listeners into: 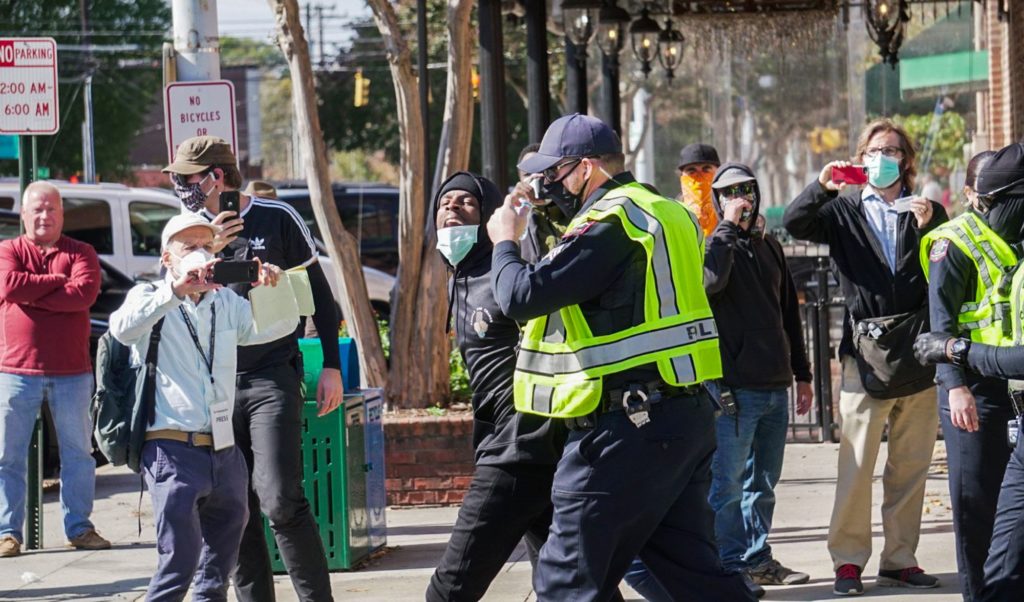 Covering the events of Oct. 31, 2020, when law-enforcement officers in Graham, North Carolina pepper-sprayed voters marching to the polls. Photo by Devin Lee Vaughn.

Barry’s articles have won him a slew of accolades. He won the National Magazine Award for Public Interest, the industry’s highest honor, as part of a team that investigated the Southern poultry industry. He won the Green Eyeshade Award, the South’s top journalism prize, for an exposé of North Carolina’s highway-building system. Columbia Journalism Review, the nation’s premiere journalism magazine, named him one of nine investigative reporters who are “out of the spotlight but on the mark.” The Columbia University School of Journalism and Poynter Institute have described Barry’s work as “the essence of excellence.” For a list of awards, see the righthand column of this page. 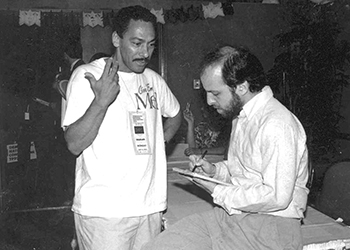 He works in audio, too, producing radio documentaries and podcasts about everything from zydeco music to coastal land loss. He served as the editorial producer for the four-year run of Life Reimagined, a TV segment that aired on the TODAY show and was hosted by Jane Pauley.

Besides doing his own journalism, Barry teaches journalism at Wake Forest University and Duke University. 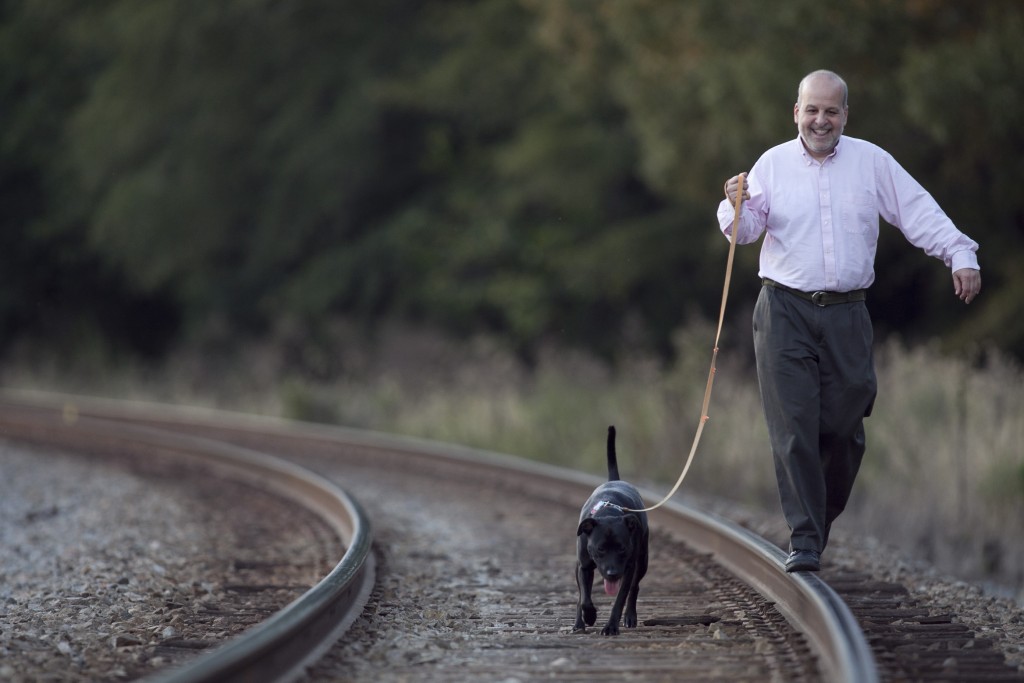 For this article, Barry tested his own DNA and that of his dog Scooter (2007-2018). Photo by Jared Lazarus, Duke Photography.

Honored by Columbia Journalism Review as one of “the best unsung investigative journalists working in print in the United States.”

Winner, National Magazine Award for Public Interest for his role in an investigation of the poultry industry in Southern Exposure.

Winner, the Batten Medal for individual achievement in public-service journalism.

Winner, Arlene Eisenberg Award for Writing that Makes a Difference (American Society of Journalists and Authors) for an article in Good Housekeeping about for-profit career colleges.

Winner, Genesis Award (Humane Society of the United States) for an article in O, The Oprah Magazine about the rescue of more than 300 hoarded dogs.

Winner, Eddie Award (Folio Magazine) for a Woman’s Day profile of the mother of a transgender son.

Winner, CINE Golden Eagle for his role in the NBC Today Show segment Your Life Calling about midlife reinvention.

Honored by Project Censored (four times) for articles in Southern Exposure about the poultry industry and for-profit career colleges, and in Mother Jones about stealth anti-abortion efforts and private military contractors.

Winner, Washington Monthly Journalism Award (twice) for articles in Mother Jones about stealth anti-abortion efforts and IndyWeek about the politics of highway construction.

Winner, Poynter Institute Model of Excellence Award for his diversity efforts at IndyWeek.

Winner, John Hancock Award for Excellence for his article in Southern Exposure about for-profit career colleges.

Winner, Green Eyeshade Award (Society of Professional Journalists) for his five-part investigation in IndyWeek about campaign contributions and highway construction in North Carolina.