Gushing pipes, surface slicks, and oiled pelicans—the visible impact of the BP spill was all too apparent. But the invisible toll on people may be every bit as pernicious. An interview with Steve Picou. 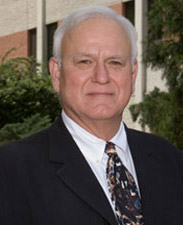 In June, when oil from the Deepwater Horizon spill washed up on Orange Beach, Alabama, 400 yards from Steve Picou’s house, the irony couldn’t have been more bitter. A sociology professor at the University of South Alabama, Picou is an expert on the human impact of technological disasters that cause massive environmental contamination. After the Exxon Valdez spill in 1989, he spent two decades studying Cordova, Alaska, a commercial fishing village whose residents have suffered from depression, family conflict, and a host of other woes.

You’ve talked about how a natural disaster can make a community more cohesive, whereas a man-made disaster causes it to become more fragmented. Why is that so?

If you look at the traditional natural-disaster model, people generally quit blaming God for their misfortune within a week and come back to rebuild the community better than it was before. However, with technological disasters, there is a principal responsible party. There’s never an “all-clear” that the disaster is over. People are permanent victims. This becomes a continuous, corrosive source of distress and fragmentation over time.

Tell me about your work in Cordova after the Exxon Valdez spill.

I flew to Cordova in August 1989 with my friend and colleague Duane Gill, who is a sociologist. With such a small community we mapped literally all the residences, and then randomly selected houses, knocked on the doors, and asked people if they would give a face-to-face interview. It may have been the pity factor: two Southern guys walking around in the rain with questionnaires. But we got over 200 interviews. With those in hand, I applied for a National Science Foundation grant and put together an entire research team.

What did you find? And what were the long-term impacts?

In 1993 the former mayor of Cordova, Bobby Van Brocklin, committed suicide. He left a note that partially blamed the spill. By 1994 it was obvious that the community was having serious problems. A grassroots organization called the Cordova Family Resource Center was created to provide shelter for battered women. This wonderful little community had never had that need before. There were a lot of mental health problems. We’re talking about commercial fishermen who are self-reliant, hardworking, and supportive of one another in times of distress at sea. It’s just not their fashion to drive their pickup truck to the mental health center, where everybody sees it, and say, “Look, I need help.” Even though the majority of people who needed help were not receiving it, the center was overrun. Counselors were burning out. Directors were overwhelmed. The caseloads were very, very heavy.

How about the impact at the broader social level?

There was a loss of trust, a breakdown of family and friendship networks. People weren’t talking to one another. Professor Kai Erikson of Yale University talks about “collective trauma.” For example, people would rather not go to the bar—which in Alaska is like the pub in Ireland. They said, “I don’t want to hear all of the venting and anger about this oil spill. So I will go to the liquor store and make my purchase and stay home.” Then, as the litigation dragged on, there were still a lot of people suffering. The primary source of stress had moved from the oil spill to this incredibly complex process that was going back and forth in the courts. So litigation became the second disaster.

I imagine that process must have created a lot of cynicism.

We saw the complete distrust of institutions. Corporations: certainly no trust. Federal government: totally unreliable. State government: How can you believe anything they say? And the legal system: One commercial fisher told us, “I can’t even say the Pledge of Allegiance anymore, because at the very end it says, ‘with liberty and justice for all.'”

It’s easy for me to understand how all of this causes the social fabric to fragment. Does it also create actual conflict between people?

Yes. For example, some people get their boats leased and some people get to work on the cleanup, but others don’t. There’s no logic to who is selected. That drives a stake through the heart of a community, because you have some people who are fortunate enough to be making money and other people who are hoping to be able to pay their mortgage next month. In Alaska, they called the winners “spillionaires.” But I also heard another term: “Exxon whores.”

Let’s turn to the Gulf. Is it too early to gauge what’s happening there?

I have to be honest with you: What I’m observing is like the Exxon Valdez fast-forwarded. In Alaska we started seeing devastating impacts emerge three, four, five years after the spill. Here, we’ve already had our first suicide [a charter boat captain named Allen Kruse]. It took four years before a suicide occurred in Prince William Sound. I heard the mayor of Bayou La Batre, Alabama, say on local television that calls to his police department have doubled in one month. He also said there’s been a spike in domestic violence. It took time before that happened up in Alaska. But we learned from the Exxon Valdez that this is a marathon. This is not a 100-meter dash.

In dealing with mental health issues, have the Gulf Coast communities been able to draw directly on the techniques that were developed after the Exxon Valdez?

We’re just beginning. Some people came down from Alaska—fishermen and Alaska natives. They did not want any fanfare, but they met with people in South Louisiana and along the Mississippi Gulf Coast. I know St. Bernard Parish, Louisiana, has already developed a peer-to-peer listening program based on a program we started in Cordova. People are getting trained to recognize clinical levels of anger, symptoms of PTSD, depression, and suicidal ideation, and to provide a constant source of friendship.

You talked about Exxon whores. Are we now going to see BP whores?

I think that will unfold over time. Right now, everyone wants to be a BP whore. There are going to be some winners and some losers. You’ve said that although Prince William Sound and the Gulf Coast seem different on the surface, there are also some striking similarities. They’re both made up of small fishing communities, and the Cajuns in South Louisiana have traditions that are very similar in many ways to those of Alaska natives. The communities are entirely dependent on the harvest of renewable resources and are proud to pass this heritage on to the next generation. The children are not prepped to go to college. They are raised to work on their grandfather’s boat.

Unlike the Exxon Valdez, this spill has had a direct impact on you, living right here on the Gulf. What was your first reaction when it happened?

When they said there was no oil coming out after the rig exploded, I said, “I know that’s not true.” So the first feeling was: I don’t trust them. I do not trust BP, and I do not trust the relationship they have with the Coast Guard. It seems too cozy. Then the information came out about the Minerals Management Service and the environmental impact assessment that was written to save walruses and sea lions and sea otters. Even my 8-year-old granddaughter knows there are no walruses and sea lions and sea otters in the Gulf of Mexico. So I have a real understanding of why the people in Cordova can’t say the Pledge of Allegiance.

You can actually walk down to the beach from your house and watch the oil washing up. How does that make you feel?

I had a very emotional response when I saw all these people coming out with cameras to take pictures of the oil. People come from all over the country because of our pristine sugar-sand beaches. Now they’re taking pictures of this poison on my beach. We went out there just one day. We’re not going back. Too much pain.