Update: The Gutbucket King is now available free. Click here to go directly to the story. 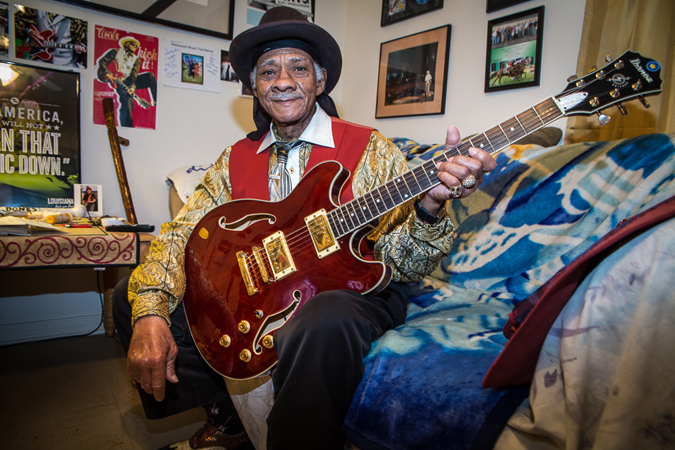 The New New South, a digital publisher of longform journalism about the South, has released The Gutbucket King, New Orleans bluesman Little Freddie King’s epic story of migration, music, booze, bloodshed, race, and redemption. It was written by Barry Yeoman, with photos by Julie Dermansky.

The full multimedia version features 45 minutes of interviews and music, some of it never before heard, as well as archival photos and documents and interactive maps. It is available free at http://newnewsouth.com/thegutbucketking/.

Remember to click the links. There are all sorts of buried treasures.

Thanks to New New South publisher Andrew Park for bringing this project to fruition, to Richard Ziglar for recording the audio, and to the 150-plus people who donated to our Indiegogo crowdfunding campaign. Special thanks to major donors Carol Anderson, Kate Bell, Thomas Fisher, David France, Pam Gutlon, The OpenNMS Group, Rebecca Skloot & David Prete, and Wendy Collin Sorin & Steven Sorin; to my friends at Cocoa Cinnamon for fundraising help; and to the Louisiana Endowment for the Humanities, a state affiliate of the National Endowment for the Humanities, for funding the radio documentary that spawned this story.