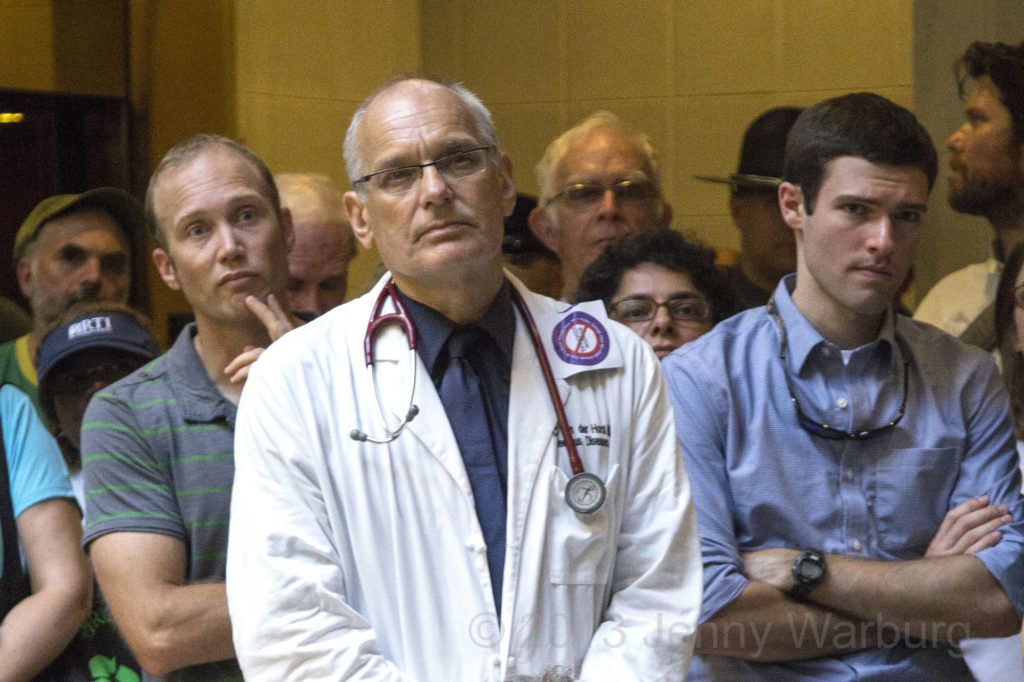 NEXT MONTH IN RALEIGH, NORTH CAROLINA, physician Charlie van der Horst is scheduled to appear before a Superior Court judge and jury to appeal his second-degree trespassing conviction stemming from his participation in the Moral Monday protests that filled the state legislature building last year. Van der Horst, an internationally recognized AIDS researcher and professor of medicine at the University of North Carolina at Chapel Hill, joined 28 other activists who occupied the legislative building on May 6, 2013, disobeying a police order to disperse. They were among 945 people arrested last year during twelve demonstrations.

North Carolina’s Republican legislative majority has cut education funding, curtailed abortion access, and created new barriers to voting. While all those measures have offended van der Horst, his deepest concern as a doctor has been the legislature’s refusal to expand Medicaid under President Barack Obama’s Affordable Care Act. In this three-minute excerpt from his interview with Barry Yeoman, van der Horst explains the devastating impact of this decision—including the unnecessary deaths of uninsured North Carolinians—and the moral basis for his own protest. Accompanying the interview are Jenny Warburg’s photos from last year’s demonstrations. The protests resume on Monday, May 19.