My child’s struggle to figure out who he was called everything I believed into question. With my strong faith and lots of soul-searching, the answers finally became clear.

By Gina Kentopp as told to Barry Yeoman 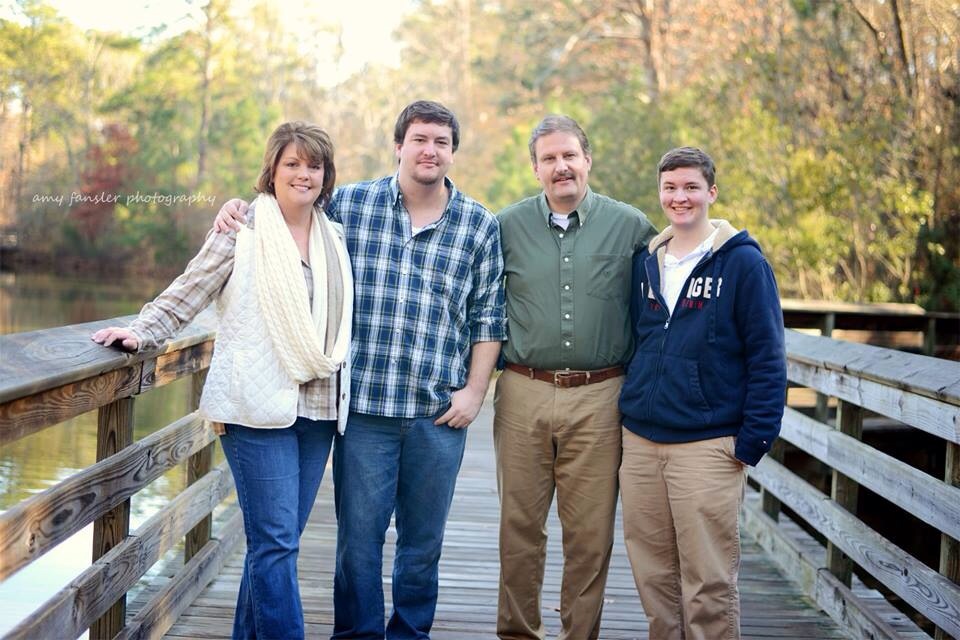 WHEN MY SECOND CHILD, KYLE, was born in 1994, and the nurse told me I had given birth to a daughter, I was thrilled. I already had a son, Alex, and now, I thought, a baby girl. During the first year of Kyle’s life, I dressed him in every frilly outfit I could.

I use the pronoun he when talking about Kyle, because I now understand that he has always been male—his inner soul, when he was born, didn’t match his body.

Back then, though, he seemed to be a tomboyish girl. He played paintball and basketball, and loved to build with his dad. On special occasions I could get him into dresses, but it was always a fight—they were, he said, itchy. I didn’t think twice about it, because that was exactly how I was at his age.

I HAVE ALWAYS FELT GOD’S PRESENCE. I grew up close to my grandfather, who was a deacon at his church. God was part of every conversation we had. If I said, “The sky is blue today,” he’d say, “Well, the Lord makes a beautiful shade of blue.” He was a wise and generous man, and I loved our Christian community.

Traditional Christianity tells you just how to achieve a strong family: The man heads the household—in our case, Nick, my husband of 28 years. The woman takes care of the children, as I did. You pray together and teach them Bible verses, and about heaven and hell. There is a checklist: If you do what you are supposed to, you receive God’s blessings. We did it all, and it seemed to be working. One day when Kyle was around 8, I picked him up at school. “When I grow up, I want to be just like you,” he said. “I want to be a good mom and I want to love God as much as you do.” That meant so much to me. 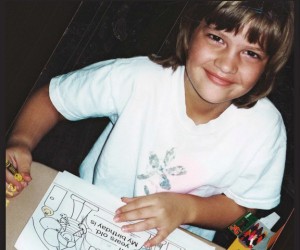 Things became complicated, though, when Kyle was 14 and best friends with a girl from school. He wanted to be with her 24/7, which I felt was too much. It was causing a lot of tension in our family. The next year, Kyle sat me down. “Mom, I need to tell you something,” he said. “I love—” and he named his friend. “I see that you care for her greatly,” I replied.

I couldn’t breathe. I had always been taught that homosexuality was a sin. I truly felt we were being attacked by Satan. I also thought it was teenage rebellion: Because my faith was important to me, Kyle was thumbing his nose at what I believed.

I recall staying calm and saying, “Everything is going to be all right and we love you.” (In Kyle’s memory, I acted more tense and upset.) Then I went into the bedroom, shut the door and fell apart. I just bawled. My world was blowing up. I called Nick and said, “Come home.” I had never done that before, and I didn’t even tell him why. He thought someone had died.

I didn’t know what to do, so we met with the girls’ youth pastor. She talked with Kyle, then called us all into her office and said she didn’t think Kyle was a lesbian. She thought it was something teenagers said because it was “hip.” I was relieved—it was what I wanted to hear. We also briefly saw a Christian counselor. I prayed continuously that God would remove these feelings from Kyle.

But He did not. We’d be at dinner, and suddenly Kyle would say, “Mom, you know you’ve got to accept that I’m gay.” He was never disrespectful, but I was so upset, sometimes I could hardly even look at him. Nick kept up better communication with Kyle. I’d beg him to take Kyle out to dinner and tell him how miserable he was making me. I hoped Nick could talk some sense into him.

By age 16, Kyle’s relationship with his girlfriend had run its course, and things grew quiet for a while. Then one day at the car wash, out of the blue, he said, “You know, this is not going away. I’m still gay.”

That was my lowest point. I worried all the time. I couldn’t eat much and I would sleep two or three hours before staring at the ceiling. I couldn’t tell anyone at church—I felt that we’d be judged. We’d checked all those boxes. What did we do wrong?

I BEGAN READING A LOT, HOPING to learn how to change Kyle. I believed I was helping him. I mostly found memoirs written by people who felt comfortable being gay and Christian, which ran counter to my beliefs. But I knew the answer had to be out there.

And it was. One day, I was reading one of the memoirs in the bathtub. Instead of asking God to change your child, the author suggested, why don’t you ask Him to change your heart? It was a revelation: I had never even considered that idea. 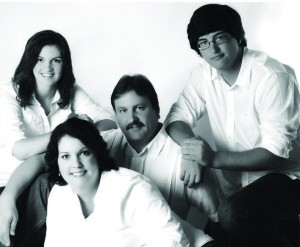 Kyle, left, at 15 (with parents and brother Alex, 18) cut his hair short the day after this photo was taken. Photo courtesy of Glamour Shots.

I put the book down and sat there until the bathwater had cooled. I contemplated what it would mean to change my thoughts and feelings. Could I even do that? I said to God, “If this is the way You have made my child, and this is the way You want me to love her, I pray that You give me peace in my heart.”

The next morning, I woke up with an amazing sense of peace. It was the only time in my life I felt a strong, quick answer to prayer. I knew then that God was with my family.

And another thing had happened: Around the same time, at age 16, Kyle had a girlfriend whose mom and dad found them cuddling. The parents called at 11 P.M., very upset, saying my child was no longer welcome in their home. The father even threatened physical violence. Kyle came home inconsolable and we held each other and cried together. My baby was going to face so much hostility in the world that he needed a soft place to fall. He had to be able to count on us.

After that, something clicked within our family. We were able to talk openly, and Kyle trusted me enough to speak his heart. One day he said, “I don’t really feel like the word lesbian fits me.” Then, a few months later, Kyle connected with an alum of his high school who’d come out as transgender. He was so excited. “Mom,” he said, “I think I know who I am. I’m transgender.”

I was stunned, but so relieved that he had confided in me. I wasn’t 100% sure what transgender meant. I thought Kyle was talking about dressing as a male. But I knew I needed to be there for him. I had already done the hard work of reconnecting with my child’s heart, and there was no way I was going to let fear and lack of understanding keep us apart again.

AS HE GREW OLDER, KYLE made it clear that he badly needed to transition to living as a male, including hormone therapy and possibly surgery. “In order for me to survive, I need to be true to who I am,” he told us when he was almost 18. We spoke to a therapist, and she explained that Kyle, like many transgender people, needed to align his body with his spirit. I’d wanted Kyle to wait, but I came to see that living a false life would be hell on earth: More than 40% of transgender people attempt suicide. Strong family relationships dramatically reduce that danger.

So we made an appointment with an endocrinologist, who agreed to start him on testosterone. I had never seen him so happy.

Kyle is now a sophomore in college majoring in international studies, and he’d like to help children in Afghanistan. He has a sly sense of humor. He’s kind and compassionate. He wants to be a dad. And he has taught me so much—about living authentically, and about not passing judgment on others. Of course, he’s had some rough times, but he got through them. His adult journey has begun.

And mine continues. I found a church that accepted our family for who we are—I couldn’t worship under pastors who thought my child was going to hell. I learned that I didn’t need to worry about what other people thought. I had to stay focused on my family, and remember that God had entrusted us with a precious child—He chose us to be Kyle’s parents. We needed to be good stewards of that gift, to love Kyle as he faced a world that at times would treat him harshly.

And God’s promised blessing? It turns out I had it all along.

Many lesbian, gay, bisexual and transgender (LGBT) kids do not find the acceptance they need at home. That’s partly why up to 40% of homeless youth are LGBT (around 7% of all youth are). Visit TrueColorsFund.org, which helps homeless LGBT youth, to donate and find resources to support your friends and neighbors.