Citing inefficiencies, North Carolina is considering breaking up its countywide school districts. Critics see this as opening the door to resegregation. 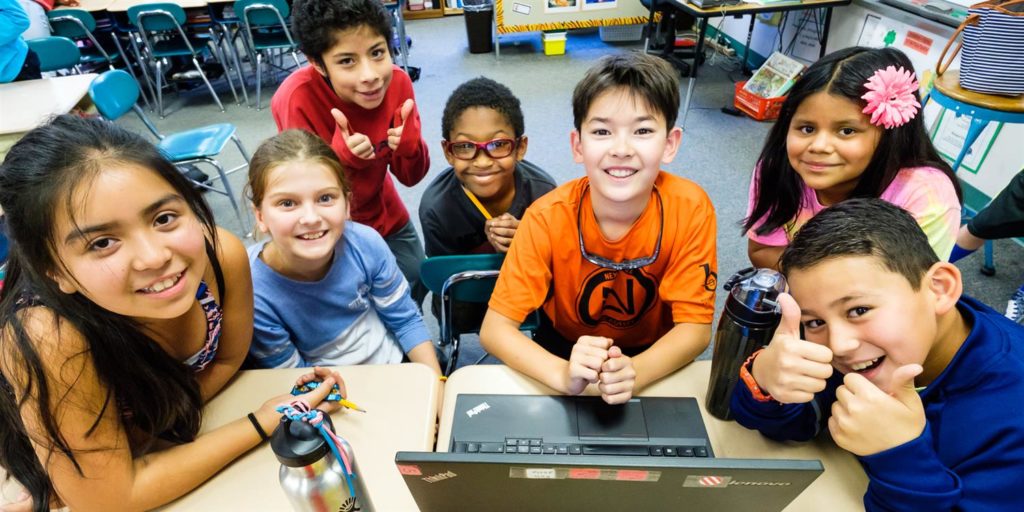 The Wake County Schools web site emphasizes the diversity of its student body.

WHEN I MOVED TO DURHAM, NORTH CAROLINA, in the mid-1980s, the county had two separate school systems. At its center, like a bulls-eye, was the city system, which was overwhelmingly African American and had the state’s highest dropout rate and some of its lowest test scores. Its undersized tax base, including a hollowed-out downtown, made it hard to raise enough revenue to close the gap.

Encircling it was the county system, which was whiter and more suburban, and it included Research Triangle Park, home of taxpaying giants like IBM. By raising the property tax one cent, the county could reap $30 per student, whereas the city could only reap $17. Not surprisingly, the county spent twice as much per pupil on instructional materials, and had the test scores to show for it.

Shortly afterward, Durham’s leaders formed a task force that laid the groundwork for the 1992 merger into a single school system. The panel’s work was excruciating: Its 41 members had to grapple with issues like racial equity and power sharing, and the discussions laid bare the city’s fault lines. But they also “served to undergird a broader acceptance of ethnic diversity within the community,” says task-force member Deborah Giles, now the city’s director of equal opportunity and equity assurance.

Durham wasn’t unique. In the latter half of the 20th century, many of North Carolina’s 100 counties consolidated their schools into countywide systems, bringing the number of districts from 167 in the 1960s to 115 today. The state’s 10 largest cities are all in unified county systems—in contrast to places like New Jersey or the Chicago area, where a single county might contain dozens of independent districts. “In North Carolina, consolidation was the way forward on integration,” says Page McCullough, a Durhamite who spent 30 years as a K-12 policy analyst with nonprofits. “There was no other way.”

Now, North Carolina’s Republican state lawmakers want to consider other ways. Next week, a legislative study committee will hold its first meeting to discuss whether to allow consolidated school systems to break apart again. The committee was authorized by a 2017 bill that passed with considerable Democratic dissent.

State Representative Chris Malone, a Republican and one of the bill’s sponsors, says that suburban and rural areas sometimes feel ignored by large consolidated school systems. He heard that when he ran for the Wake County school board in 2009 and talked with voters who live outside Raleigh. “What I heard walking door-to-door was, ‘We’re the redheaded stepchild of the county,’” he says. He doesn’t currently support splitting up his home county. But “another tool in the toolbox is always a good thing.”

Even critics acknowledge that there are enticing arguments for smaller districts. Lynn Edmonds, a Raleigh resident and outreach director for the statewide advocacy group Public Schools First NC, notes that snow in one corner of a district might cancel classes everywhere, even if there’s not a flake in sight. This may seem odd to the area’s many transplants from the Northeast and Midwest: Fifty-five percent of Wake County residents were born outside North Carolina, according to the Carolina Population Center. (This includes Malone, who was born in New Jersey.) “People come here from other parts of the country where they have small school districts,” Edmonds says. “I don’t think they think further than their own convenience.”

But splitting up counties, she says, will inescapably foster educational inequality. Wake schools are known for their commitment to equal opportunity: “Gaps in educational achievement became not only intolerable but unthinkable there,” wrote the late sociologist Gerald Grant in the 2009 book Hope and Despair in the American City: Why There Are No Bad Schools in Raleigh. During one push, between 1998 and 2003, the gap in the percentage of African-American and white children who passed certain end-of-grade tests closed from 37 to 17 percent, he wrote.

One key, says Edmonds, is “a unified tax base that helps share the resources throughout the system.” Split the county, she says, and the most affluent suburbs will land in a different system from the poorest city neighborhoods. “Any way they divide it, I don’t see how it can’t lead to two different systems with two different sets of resources.”

Malone acknowledges that the prospect of deepening inequality is “a real problem,” but he also insists that lines can be drawn “to have more parity.”

Erika Wilson, a law professor at the University of North Carolina at Chapel Hill, suggests this potential inequality is intentional—suburban parents don’t want to subsidize city schools. “What’s going on in North Carolina is not an anomaly,” she says. “It’s part of a much broader trend, especially in the South.”

Wilson has written extensively about school-district geography, including what she calls “the new school segregation”—the secession of affluent white communities from racially diverse Southern county systems. (Among the places she discusses: Jefferson County, Alabama, which Nikole Hannah-Jones wrote about in a much-discussed The New York Times Magazine article last year. This week, the 11th Circuit Court of Appeals blocked the Jefferson County suburb of Gardendale from forming its own system.) Secession, Wilson says, strips the neediest students of the financial resources they need and fuels further white flight.

“Proponents of Southern school district secessions… suggest that more centralized county-based school systems are inefficient and do not sufficiently meet the educational needs of students,” she wrote in a 2016 journal article. “They maintain that the creation of smaller, more localized school districts will correct these problems. Yet, as with most modern invocations of localism, issues of race and class lie right at the surface.”

Likewise, she says, North Carolina’s deconsolidation advocates are making “race-neutral” arguments about the benefits of smaller systems. “This is not to impugn their motives,” she says. “But the reality is that it’s hard to disentangle race and economics.”