Originally published in The Washington Post on Election Day 2020 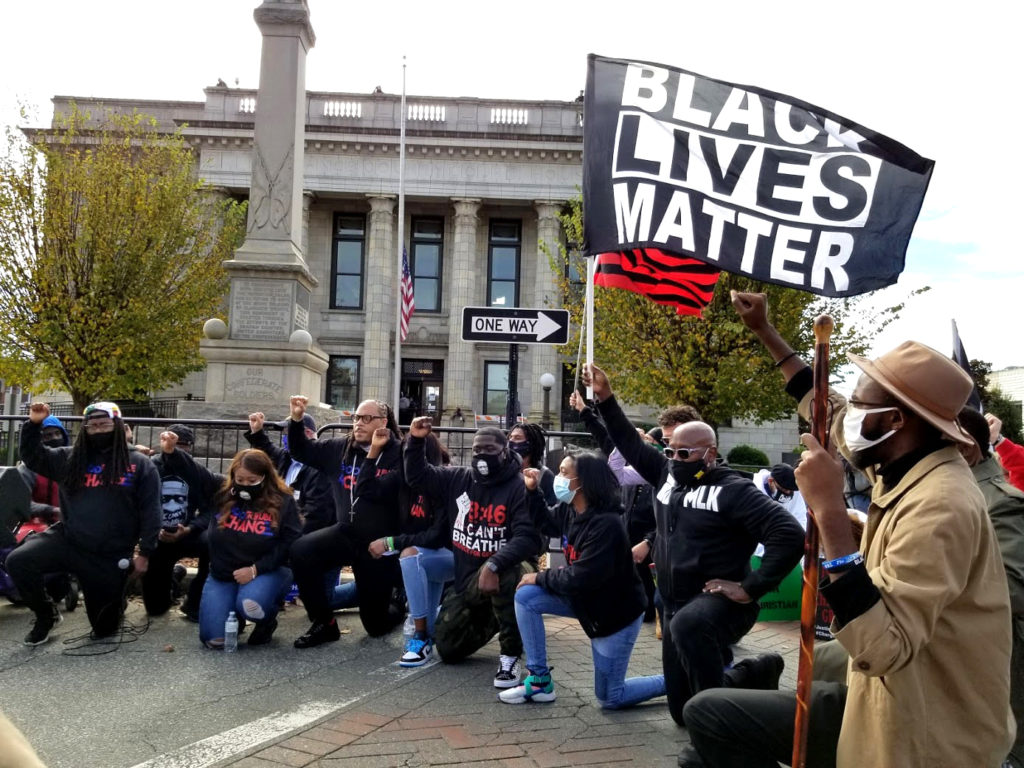 DURHAM, N.C. — Civil rights activists in North Carolina sued the leaders of two local law enforcement agencies late Monday, two days after officers broke up a peaceful march to the polls with dispersal orders, pepper spray and arrests. Two lawsuits, filed in U.S. District Court, allege that the Graham Police Department and Alamance County Sheriff’s Office intimidated voters and kept them from the polls on the last day of early voting and same-day registration and voting.

“What this represents, in terms of civil rights violations, is one of the most egregious, if not the most egregious, and that is voter suppression and voter intimidation,” said Elizabeth Haddix, an attorney for the Lawyers’ Committee for Civil Rights Under Law, which brought one of the actions along with the American Civil Liberties Union of North Carolina. “There is no justification for the use of force that we saw.”

The second lawsuit was filed by the NAACP Legal Defense and Educational Fund.

The Rev. Greg Drumwright, a minister from nearby Greensboro, is a plaintiff in the first case. He was leading 400 adults and children to an early-voting station on Saturday as part of an “I Am Change” march. The group had paused at a Confederate monument and lynching site in downtown Graham, where they held a silent vigil followed by a rally.

Officers from the two agencies tried to disperse them despite their permit, saying the group’s presence was impeding traffic. They then deployed pepper spray and arrested 23 people.