In Denver, Democratic leaders aren’t shy about reminding the nation of Bush’s aloof treatment of New Orleans while its residents were literally drowning. 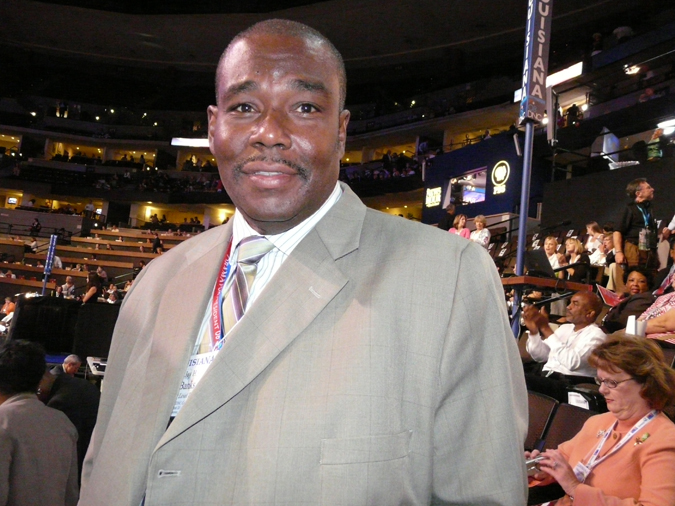 TOMORROW MARKS THE THIRD ANNIVERSARY of Hurricane Katrina’s landfall. By chilling coincidence, Hurricane Gustav is now barreling toward the Gulf Coast, and New Orleans is preparing for another direct hit. It seems fitting that this storm is brewing during the week of the Democratic National Convention: There is no better fodder for critics of President Bush’s domestic leadership than his handling of Louisiana’s “twisted sisters,” Hurricanes Katrina and Rita. As recently as last week, with the Lower Ninth Ward and other neighborhoods still in shambles, Bush visited New Orleans and declared, “Hope is being restored.”

This week in Denver, Democratic leaders aren’t shy about reminding the nation of Bush’s aloof treatment of New Orleans while its residents were literally drowning, or the inability of the Federal Emergency Management Agency (FEMA) to respond to the largest natural disaster in U.S. history.

“The Bush White House, the Republican leadership, and FEMA showed up not just late, but unprepared,” U.S. Sen. Mary Landrieu of Louisiana declared from the podium Tuesday night (before booking an early flight home in anticipation of Gustav). “America deserves a FEMA that works. A FEMA that understands the best ways to leverage the private sector and nonprofits. A FEMA that will rebuild our communities with respect, dignity and determination.”

I was, coincidentally, sitting among the Louisiana delegation during Landrieu’s remarks. At the mention of FEMA’s incompetence, the delegates broke into a standing ovation. While Democrats from North Carolina and elsewhere feel tremendous urgency about reclaiming the White House, in Louisiana the feeling is more like desperation. Several Pelican State delegates were impacted directly by one or both of the hurricanes, and they know how a laggard federal response can turn a deadly storm even worse.

If Republican John McCain is elected president, worries New Orleans delegate Jay H. Banks, the federal response could look eerily like 2005. “I would be very concerned that the lessons taught by Katrina weren’t learned,” says Banks, the membership director of a local YMCA. “This thing could be replicated in Carolina and Florida and Texas.”

With Katrina bearing down, Banks evacuated his home in the Broadmoor neighborhood of Uptown New Orleans. He and his wife hunkered down in a Houston hotel. Watching the weather reports from afar, “I felt very good that the storm had jiggled a little bit,” says Banks. Then the levees broke, and Broadmoor took a direct hit. Within a few days, Banks learned his house was inundated with 7 feet of water.

“That’s a call that you never want to get,” Banks says. “It’s a horrible thing to go to bed one day and your life be OK, and to wake up the next morning and everything you physically own is gone.” Because Broadmoor lost electricity for a long time, the couple camped out in a trailer on Banks’ mother’s property. Three years later, they’re out of the trailer, but their home is still under renovation. 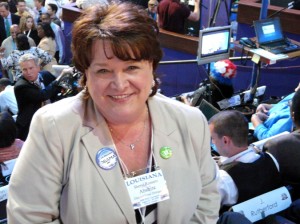 Sheryl Romero Abshire: “If it were not for the American people, our state would be a Third World country.”

It wasn’t just the house that was destroyed. “The first casualty of Katrina was ‘normal,'” Banks says. “Imagine your barber shop, your church, your children’s school, the theater where you go—imagine every aspect of your life all of a sudden gone. Even if your house didn’t flood, you’re suffering because your family’s flooded. Your friends are flooded. Nobody in New Orleans escaped the storm unscathed.”

Many of Katrina’s evacuees headed west. Some landed in Lake Charles, La., near the Texas border. “We opened our doors up,” says delegate Sheryl Romero Abshire, chief technology officer for the school system that includes Lake Charles. “We opened some of the first emergency shelters in the state. We didn’t wait for the Red Cross. We took care of business, and took care of people, as Louisianans do.” At least 8,000 New Orleanians, including thousands of schoolchildren, relocated to the Lake Charles area and were streamlined into the schools.

Then, less than a month later, “we were the eye of Rita.” Roofs were ripped away. Homes were flooded. The schools in Lake Charles closed down for more than a month. In nearby Cameron Parish, near the Gulf of Mexico, towns were demolished. Lake Charles had to find new shelter for the Katrina refugees as its own residents were evacuating.

“Sadly,” Abshire says, “there was not a lot of federal help.” The Rita response was somewhat better than the Katrina response, she says, but “there were tremendous roadblocks to money flowing. If it were not for the American people, our state would be a Third World country.” Landrieu did help secure recovery funds after Rita—with help, Abshire says, from her colleague Barack Obama.

To Abshire, Sen. Obama’s funding help bodes well for how President Obama would respond to the next disaster. And if John McCain wins? The Republican nominee has criticized the government’s slow response to Katrina, saying, “I want to assure you it will never happen again in this country.”

But according to Mother Jones blogger Kevin Drum, the Republican also voted against extending unemployment benefits for Katrina victims and opposed the establishment of a commission to investigate the government’s response to the storm. “I believe that Senator McCain has clearly articulated that his positions are in full support of the Bush administration’s positions,” Abshire says: “‘We’re here to help, we’ll take care of you, but the bureaucracy comes first and the people come last.'”