Joe Biden and I are both stutterers. Tonight, for all who stutter, it’s our moment on the national stage. 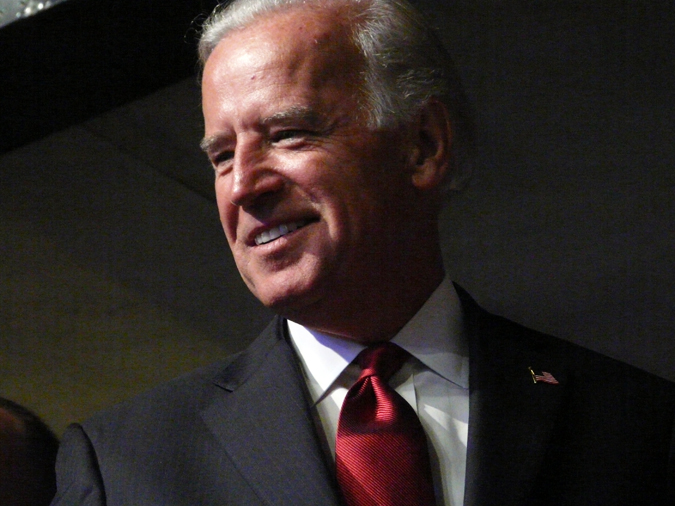 I WAS WALKING TO THE PEPSI CENTER in Denver this week, talking with a former public official from Illinois. The conversation turned to Sen. Joe Biden. “I have a personal question,” she said to me. “You don’t have to answer it. Do you think the fact that Biden began life stuttering causes him to compensate by talking a lot?”

It was not an unreasonable question: My stutter is often the first thing strangers notice about me. It short-circuits my speech and causes me to jerk my head when I’m trying to look like a competent professional. While stuttering forces some people into painful introversion, it also launches many of us into the hard work of self-acceptance. Eventually for us, talking becomes an act of liberation.

For stutterers, tonight is our moment on the national stage. Although Biden’s speech impediment started abating in high school and pretty much disappeared in college, it is now a part of his public biography. “They called him B-b-biden,” Barack Obama said when he introduced the Delaware senator last week as his vice-presidential pick. “He picked himself up. He worked harder than the other guys.”

My closest encounter with Biden came in 2004, when he spoke to a self-help group called the National Stuttering Association at its annual convention in Baltimore. Biden admitted to us that, at 61, this was the first time he had ever spoken publicly and candidly about the subject. “When I first started my job as a U.S. senator,” he said, “while those who knew me knew I stuttered, I was reluctant to be nationally identified with it.”

It turns out that school kids weren’t the only ones who mimicked Biden. “I shouldn’t tell you this,” he said. Then he launched into a story about reading aloud in a seventh-grade class at a Catholic school. When he mispronounced “gentleman,” the nun who taught the class asked him to repeat the word. This time, he stuttered on the initial G. The nun looked at him with contempt. “Mr. B-b-biden,” she said.

“In my anger, I got up and did something I never thought I’d ever do,” Biden recounted. “I walked to the front of the room, walked by the nun—she put up her hand to stop me—and pushed her away, walked out the door, walked downstairs and walked two-and-a-half miles home.” Biden was certain he’d get in trouble: In his family, sassing a nun was grounds for serious punishment. Instead, he said, his mother packed him into the car, drove back to the school and confronted both the nun and the principal. Through the wall, Biden heard his mother say, “Sister, let me tell you something right now. If you ever make fun of my son again, I’ll come back and rip that damned bonnet off your head.”

Stuttering chewed at Biden’s self-esteem, he said. But it also gave him “broad shoulders”—the ability to withstand hard times—and empathy for underdogs. And it toughened him up. “I spent a fair amount of time learning how to physically handle myself,” he said, “because you can make fun of me, but you better prepare to fight me.”

Biden captivated us with his confessional vulnerability. His tenderness toward the children in the room was particularly moving. Not everything he said, though, sat well with me. “The reason I don’t stutter anymore is I went to a [high] school that had, twice a week, public-speaking class everyone had to take,” he claimed. “I had people who believed in me.”

I am sure that Biden honestly believes this. But if it were true, then speech pathologists would have an easy cure for stuttering, a condition that affects roughly 1 adult in 100 and stubbornly resists efforts to find a “cure.” More likely, I’m guessing, Biden outgrew his impediment, as many children do. And while he never said this outright, his implicit advice to the kids in the room was that if they want to succeed, their first task was to find a therapy that would help them speak more fluently.

I diplomatically confronted the senator about this during the Q&A that followed. “There are some number of kids in here,” I said, “who will be embraced and believed in, who as adults will still stutter, and might stutter severely, and can still be successful speakers and lawyers and professionals.”

“Absolutely,” Biden said. “That’s what I was trying to say: Don’t measure success based upon the degree to which you conquer or meet the standard you think you want to meet to be able to communicate verbally.” But he added, “We can’t kid ourselves: The power of the message to persuade relates directly to the willingness of the other person to listen.”

Someone else asked Biden whether he was likely to be tapped as John Kerry’s running mate. “I don’t think that’s in the cards,” Biden said. “I’ve kind of indicated to him I don’t think I’d like to be vice president. Don’t get me wrong. I’m not denigrating the vice presidency, although I am fond of that famous expression: ‘I once had two brothers. One went to sea and one became vice president, and I heard from neither again.'” Evidently, the senator has changed his mind. Tonight, when he addresses the Pepsi Center, I’ll be listening closely for a hint of hesitation. I don’t expect to hear any.