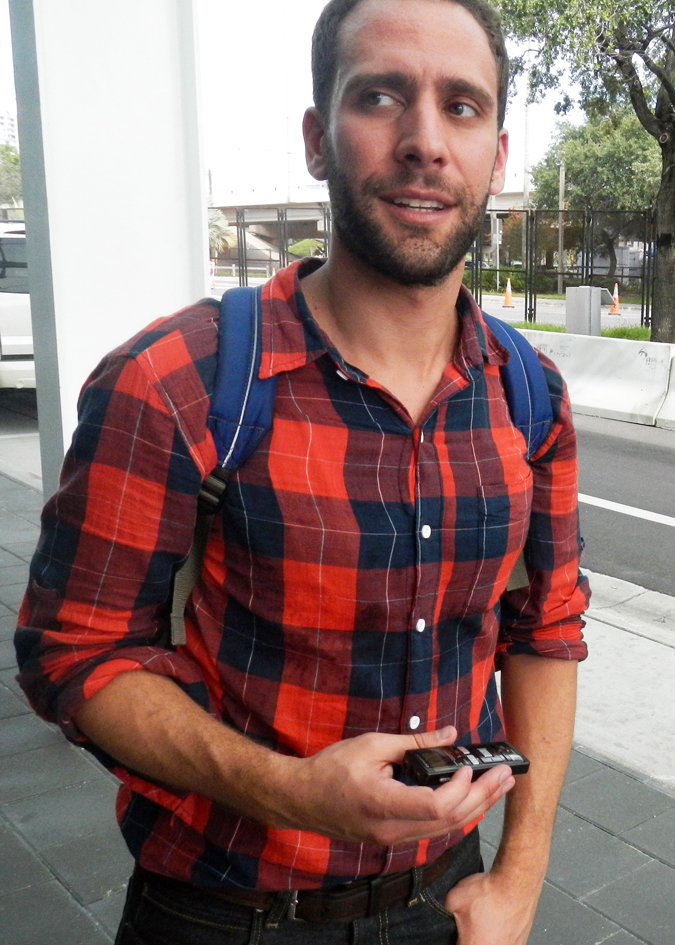 WHEN I LEARNED THAT Americans for Prosperity was hosting a cocktail party honoring Art Pope and David Koch during the Republican National Convention, it seemed like a natural event for me to cover. I used to write about Pope for Indy Week, back when he was a state legislator from Raleigh and often the smartest (and nerdiest) Republican in the room.

Since then, Pope has made a national name for himself by working committedly to move the American political landscape to the right. Along with his family and its organizations, Pope has spent tens of millions of dollars on conservative causes, including efforts to weaken unions, relax environmental standards, and fight limits on campaign spending.

Pope has been credited with engineering the GOP takeover of the North Carolina General Assembly in 2010. As Indy Week and the Durham-based Institute for Southern Studies have documented, this was accomplished in large part by attack-ad blitzes in a handful of key districts.

Republicans now control both chambers of the legislature for the first time since 1870. This new majority is responsible for the anti-gay Amendment 1, attacks on sea-level science, deep cuts to public education, and a green light for fracking.

But Pope’s national visibility comes primarily from his chairmanship of Americans for Prosperity (AFP), a nonprofit that advocates for deregulation, low taxes and cuts in government spending. Co-founded by David Koch, an oil billionaire, APF is often cited as the behemoth behind the tea party movement. Pope and Koch are friends, and this week they were both delegates at the Republican convention in Tampa.

Yesterday’s reception was free and open to the public. Advance registration was required. Before the convention, I registered online. I heard nothing back. Figuring my name was probably on someone’s list, I decided to show up.

Nor was I alone. Arriving at the same time was Keenan Steiner, a staff writer with the Sunlight Foundation, a nonprofit that promotes transparency in government information. Steiner was hoping that attending the event would offer a rare glimpse of Koch in action.

“He’s the most important individual behind the Republican outside-money machine,” Steiner told me. “He and his friends are pledging to raise $400 million to help elect Republicans. He’s very secretive with the media. The public knows very little about him.”

Knowing who has access to Koch during the convention is important, the writer said: “Journalists should be interested in following him wherever he’s going.” 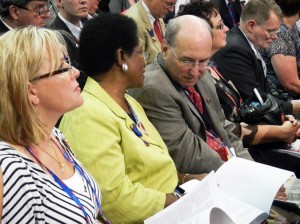 Art Pope on the floor of the Republican National Convention.

Steiner had successfully registered for the reception as a member of the public. The invitation was rescinded after he wrote an Aug. 17 blog post about AFP’s plans to spend $25 million on a media campaign criticizing President Obama. Steiner reported that AFP had spent $6.4 million in a single week’s advertising, including $741,030 in North Carolina. He based this on a document AFP filed with the Federal Election Commission, then amended five days later with the state-by-state details deleted. Steiner wrote that AFP had “accidentally” filed an initial document that was more specific than the law required.

After he posted his article, Steiner received a message from AFP’s director of public affairs, Levi Russell, rescinding his invitation. “Based on recent experience,“ Russell wrote, “you’re willing to write articles that are filled with inaccuracies, and not interested in making corrections.” Contrary to the blog post, Russell insisted, the initial filing was not a mistake.

Russell told Steiner to reapply as a reporter. His application was not approved.

Now Steiner was going to appeal in person. Walking into the building, he approached Matt Seaholm, AFP’s national field director and keeper of the guest list. “Right now we’re full, full, full,” Seaholm said, summarily turning the reporter away, as he did me. “There are 700 seats and we have 300 RSVPs.”

After some polite pleading by Steiner, Seaholm summoned Russell, the public affairs director, who stood his ground.

“Why are you recording this?” Russell asked, looking at the audio device in Steiner’s hand.

“Because I’m a reporter,” Steiner said.

“This isn’t a reportable event,” Russell shot back. “You’re not a credentialed reporter at this event.”

Told to leave the building, Steiner and I found ourselves in good company. Also excluded from the Koch-and-Pope mixer were journalists from Al Jazeera and Mother Jones. I imagined that, to those on the other side of the glass door, we looked like the very embodiment of the liberal media. We decided to stick around, on public property, watching to see who might show up.

That’s when an event worker told us we were unwelcome on the sidewalk outside the Center for Advanced Medical Learning and Simulation, where the party was being held. If we persisted, she said, she would call the police. We persisted. She called the police.

The officer who showed up was soft-spoken and apologetic. “We all know the law,” he told us. We were welcome to stay, he explained, as long as we didn’t block the entrance to the Center. He didn’t want us to give the event worker an excuse to call him again. “She probably wanted to convince me to put you in the bag and run you off,” the officer said.

Inside, according to a blog post by The New York Times’ Nicholas Confessore, Koch spoke briefly with reporters and defended his political spending. “It’s a free society,” he said. “People can invest what they want.”

According to CNN, he also warned that the United States will experience “runaway inflation” if the national debt keeps growing. “And this country will see a terrible collapse. And I don’t want to see this country collapse like Greece is doing or become like Zimbabwe with runaway inflation.”

We didn’t get to hear him or Pope. But we did receive cold bottles of water from a sympathetic Center employee. “We all have differences of opinion,” she said. “But that doesn’t mean we shouldn’t be kind.”